Exhibition runs through May, 2018. 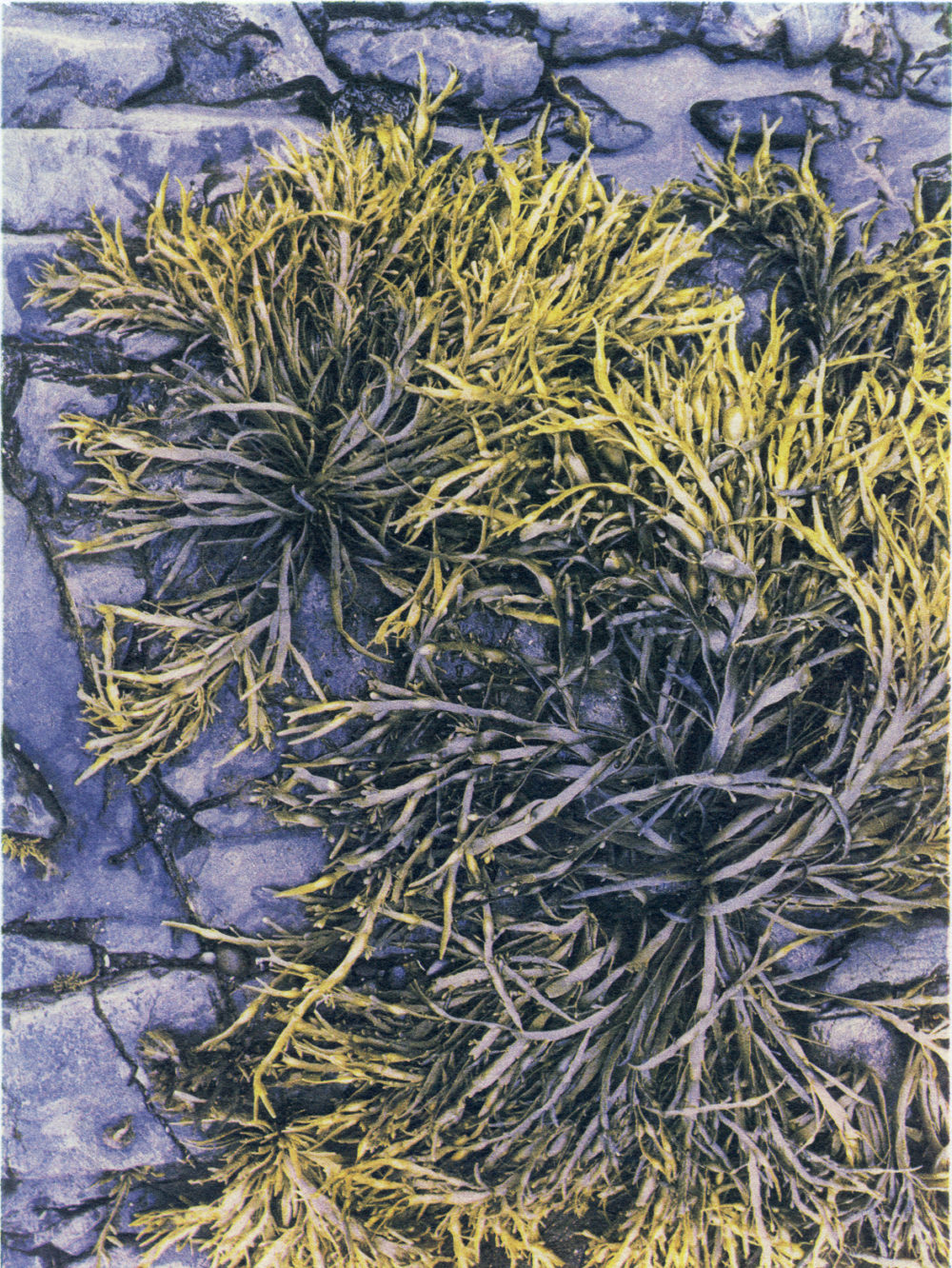 Seaweed I by Mary Donato

Exhibition runs from January 23 to February 24, 2018
Opening Reception on Saturday, February 3, from 6 to 8pm 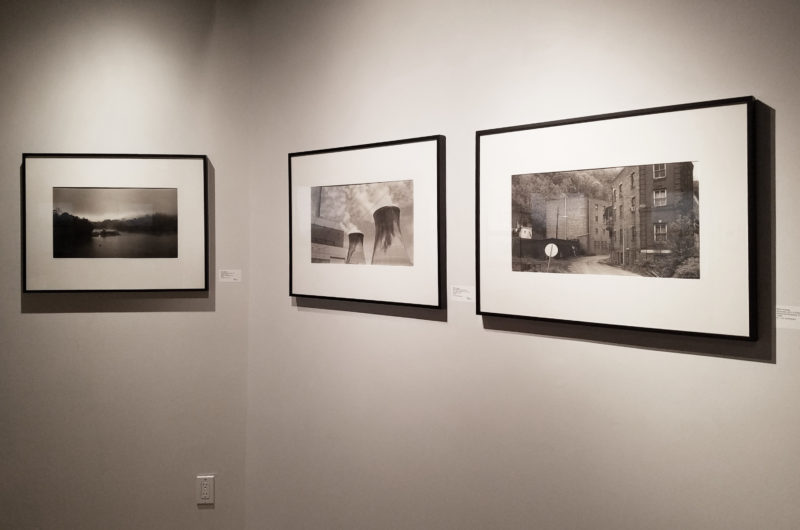 Art Intersection’s North Gallery features a variety of hand-printed platinum and palladium by the artists represented in Ryan Gallery. The work on view ranges from photography with large format cameras and film negatives used by Dick Arentz, Randy Efros, Rondal Partridge, and Terry Towery, to more contemporary working practices from Ryuijie and Scott T. Baxter using digital negatives from film, and Michael T. Puff’s digitally composited imagery.All of the artists, no matter their shooting method, mix and hand-coat their light sensitive platinum and palladium chemistry onto papers of their choice, directly contact print their negatives onto this coated paper, and process their prints in darkrooms. This process results in a one-of-a-kind, extremely archival final print, with an unmatched tonal range.

To see more work and collections from each of these artists presented here, please visit Ryan Gallery or schedule a private viewing of the work. 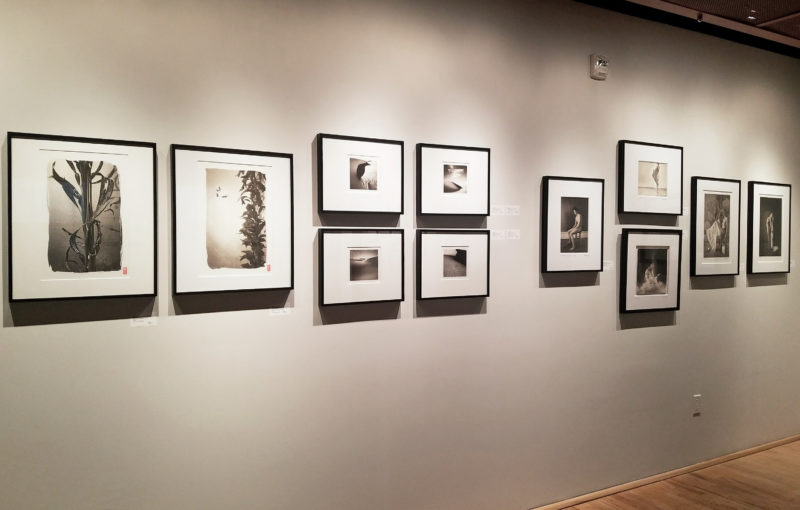 Platinum and Palladium prints by Ryuijie and Michael T. Puff

About Platinum and Palladium

The process for making platinum prints was invented in 1873 by William Willis. The process depends on the light sensitivity of iron salts to produce an image.

Prints are made by first exposing the light sensitive chemistry with sunlight or another ultraviolet light source. In developing chemistry the image will appear instantaneously and the iron salts are replaced with platinum or palladium in the final print.

Many present practitioners use a combination of platinum and palladium for a single print.  When used alone, platinum prints have a tonal range that is generally considered cooler than palladium prints. Whether used alone or together, platinum/palladium prints are highly valued for their great range of subtle tonal variations, producing deep rich shadows and detail filled highlights with a great degree of permanence. 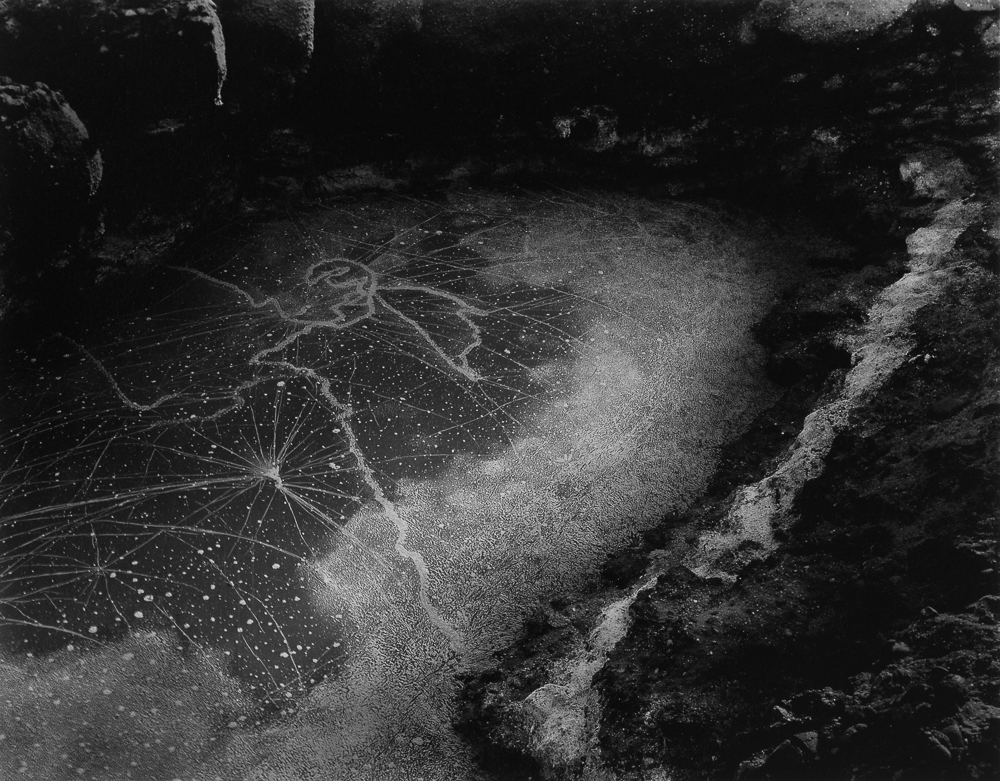 Ryan Gallery presents an exhibition of selected Wynn Bullock prints from the landmark exhibition Wynn Bullock: Revelations curated by Brett Abbott and originally produced by the High Museum of Art in partnership with the Center for Creative Photography.

As a representative gallery of the Bullock estate, Ryan Gallery at Art Intersection offers the opportunity to view and purchase Bullock vintage and estate prints, as well as signed Revelations hardcover books. The traveling Revelations exhibition is now showing at the Center for Creative Photography in Tucson, Arizona.

Ryan Gallery will host a special lecture evening on October 29 with an exclusive print viewing and talk by Wynn’s daughter and frequent muse, Barbara Bullock-Wilson. To find out more about these events or to get on our collectors list, email info@ryangallery.com or call 480-361-1118. You can also register for the lecture at: artintersection.com. 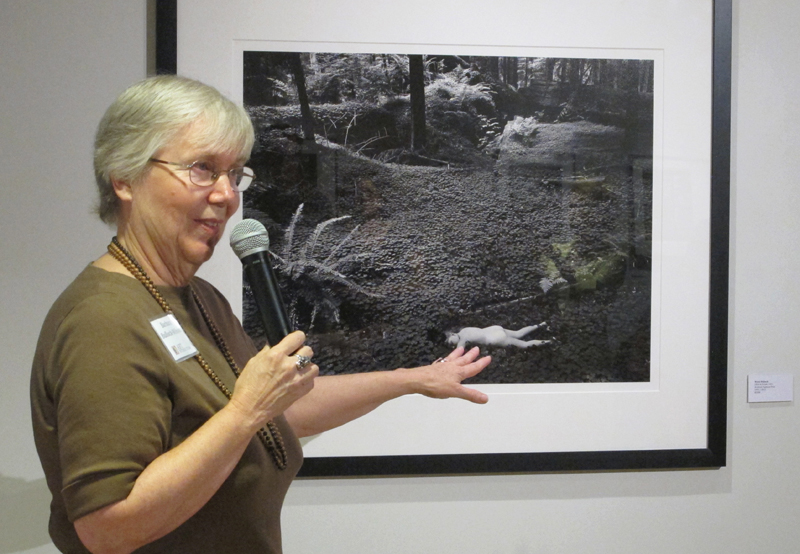 Join us for a special evening in October, as we look at exclusive vintage prints made by Wynn Bullock and hear lively stories of the making of these phenomenal works, from Wynn’s daughter and frequent muse, Barbara Bullock-Wilson. Barbara will also be signing copies of the hardcover Revelations books available for purchase at this event.

Imogen Cunningham: Through Her Lens 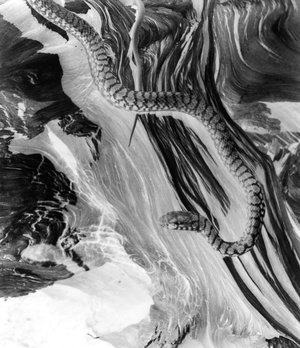 One of the most prolific female photographers, Imogen Cunningham, broke the barriers for women in photography in the early and mid-1900s. A contemporary of Ansel Adams, Alfred Stieglitz, Wynn Bullock, and Edward Weston, Cunningham took a unique approach to photography for that time with her straight-on detailed plant studies, female and male nudes, portraits of fellow artists, and by putting herself in front of the camera.

Ryan Gallery at Art Intersection presents a notable collection of intriguing vintage and estate prints, including platinum and gelatin silver, exploring Cunningham’s feminine perspective and celebrating some of her most notable photographic works.

If you are a collector of fine art, twentieth-century photography, you must not miss this unique opportunity to purchase highly collectable Imogen Cunningham prints.

Film Screening of Portrait of Imogen
THIS EVENT IS SOLD OUT AND AT MAXIMUM CAPACITY
Saturday, September 16, 6 – 7:30pm
Free and open to the public
*RSVP by September 15 required to attend. Email info@ryangallery.com. 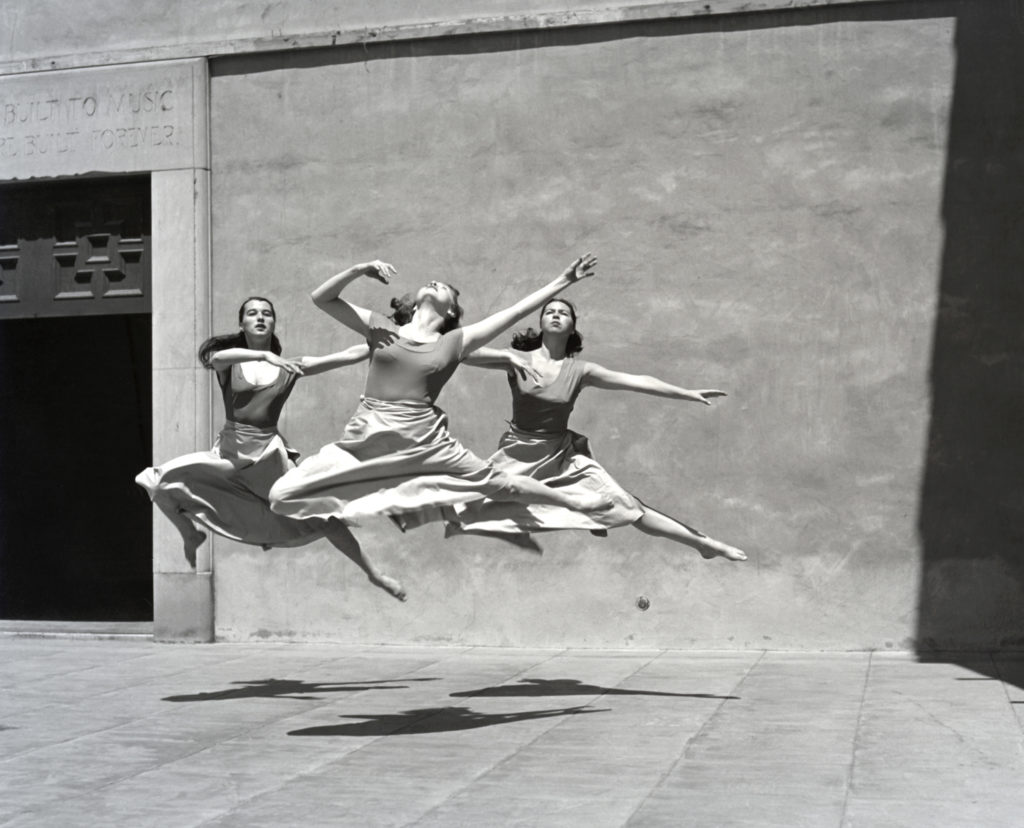 Join us for a special conversation with Imogen Cunningham’s granddaughter and Director of the Imogen Cunningham Trust, Meg Partridge, as she visits us to discuss the estate and vintage, original prints presented for the first time in Ryan Gallery at Art Intersection. Meg gives us insight into the history and stories behind some of photography’s most iconic images.

About Meg Partridge and the Imogen Cunningham Trust
The Trust, established by Imogen Cunningham in 1975, still operates as a family run operation with Meg Partridge serving as the Director of the Trust. As a photographer and filmmaker, Meg worked for Imogen as a teenager as one of her assistants, archived Imogen’s negatives in 1980, and worked for the Trust during the 1980s and 1990s in a variety of roles, from Archivist to Acting Director. As a filmmaker, she directed and produced the Academy Award-nominated documentary, Portrait of Imogen, among other films. 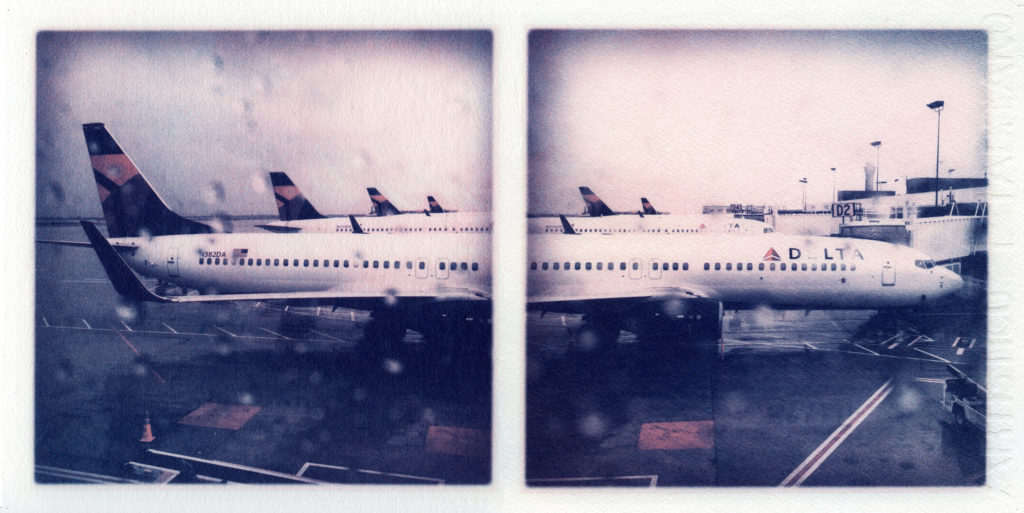 Our summer exhibition presents new work by our represented artists, including a few very special prints that you need to see in person. The Ryan Gallery selection of collectible prints ranges from very affordable platinum and gum prints to rare, vintage gelatin silver prints by Wynn Bullock and Imogen Cunningham. Entire collections can be viewed on appointment and the gallery is regularly open Tuesday – Saturday, 10am – 6pm. 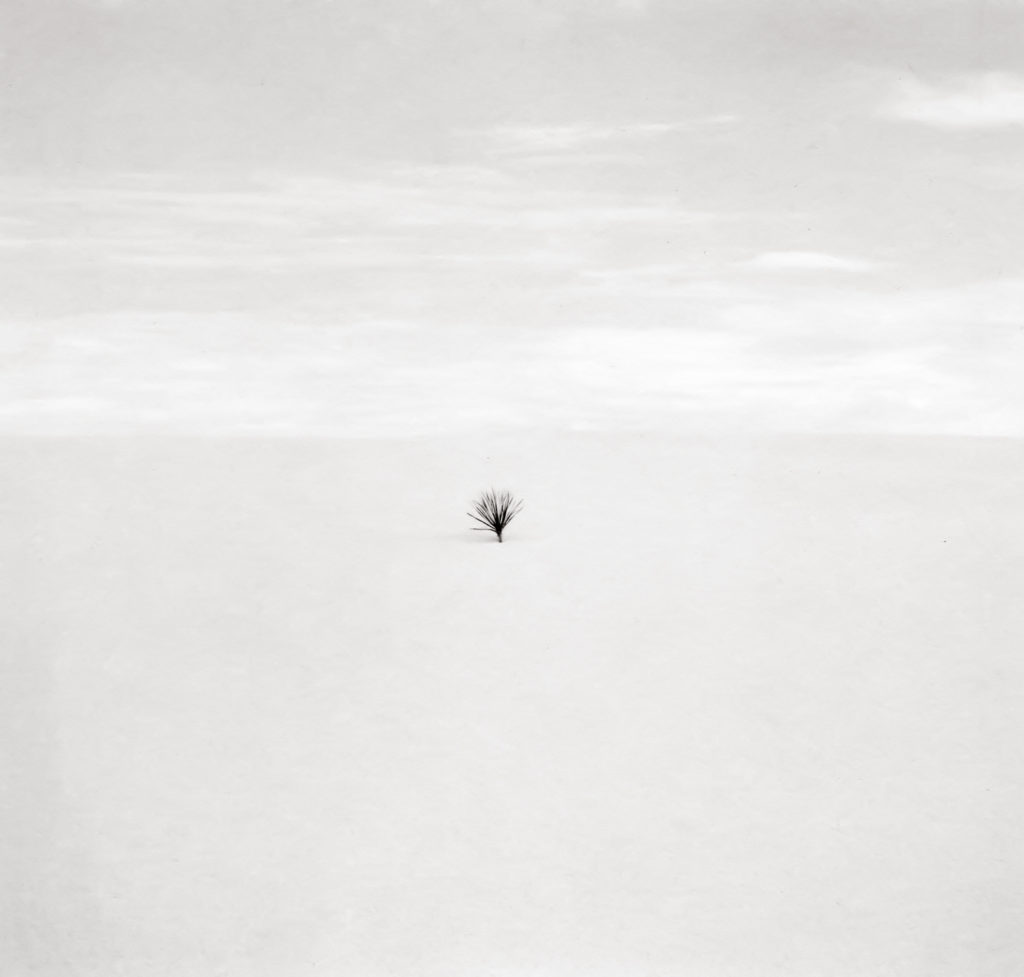 Join us for an exhibition that explores the truths, realities, and fantasies uniquely created by the medium of photography. From photography’s long history of using the camera to document and study the world around us, we look at the varying perspectives of ten 20th and 21st century photographers who have continued to use their art to ask the question, What is this? 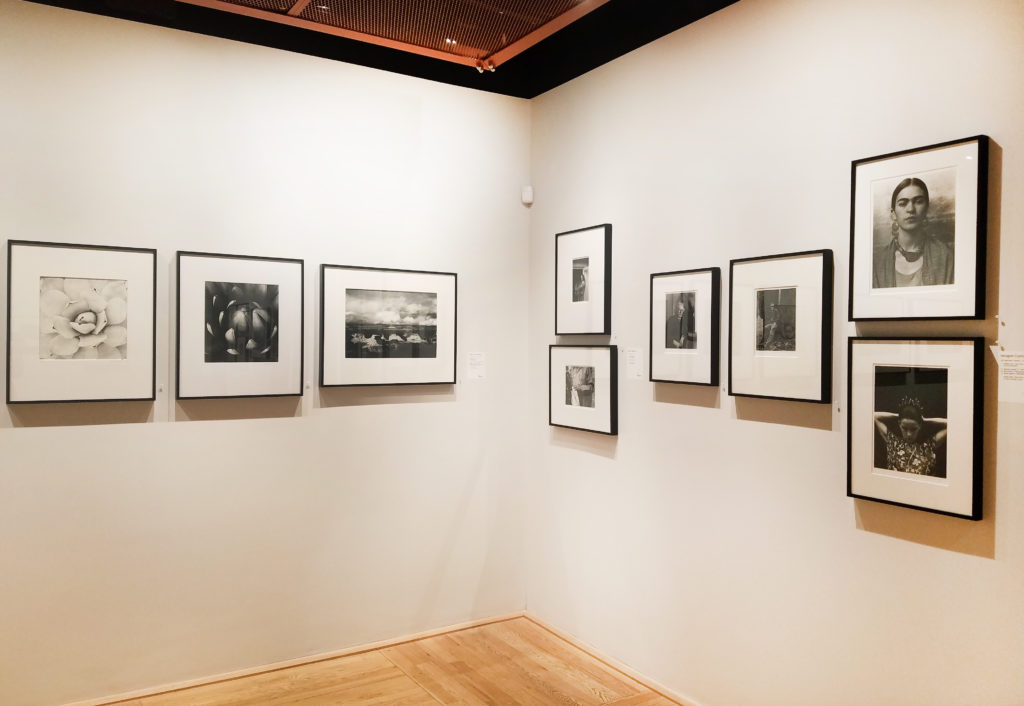 Visit Ryan Gallery in March and April to view a selection of various works from Ryan Gallery artists, including brand new work by Mary Donato, on view for the first time in Ryan Gallery! 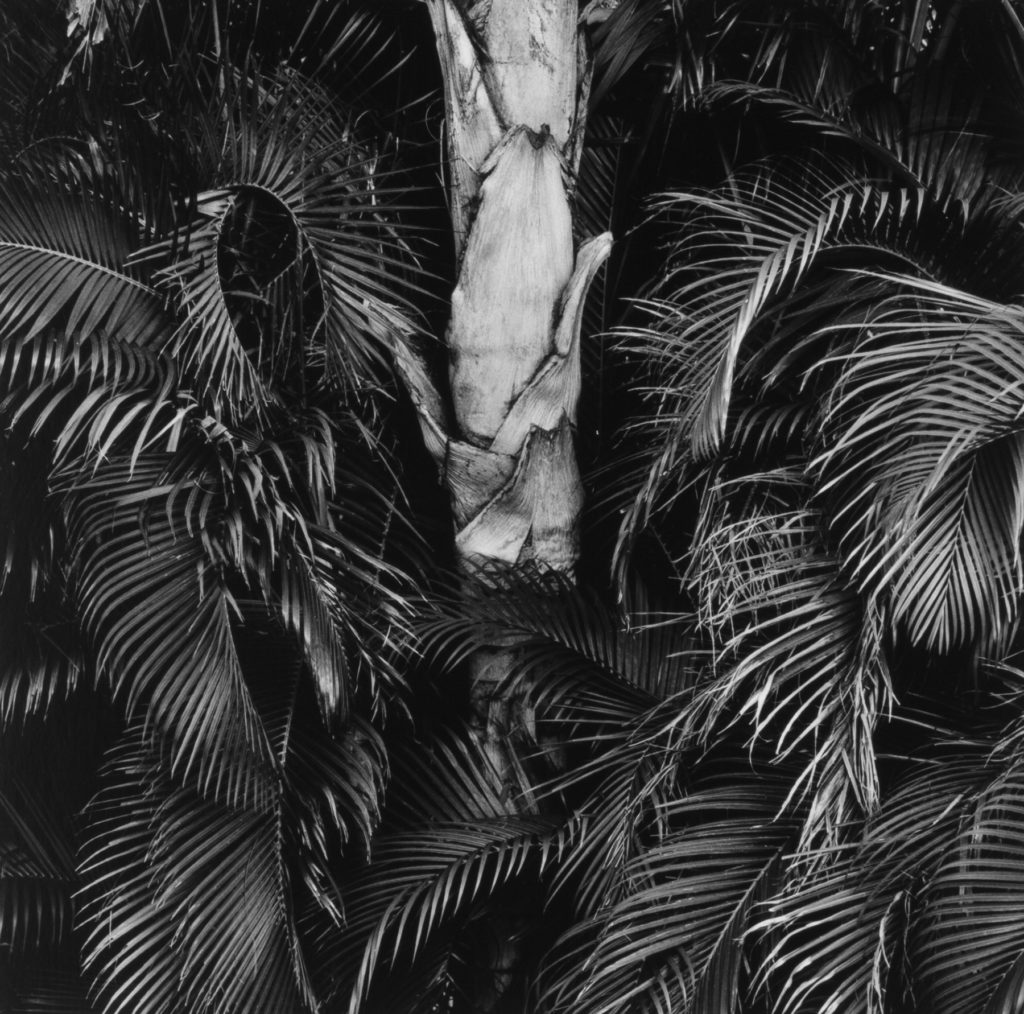 Ryan Gallery is excited to present the portfolios Hawaii Leaves, Alaska, Scotland, and Maui, by Arizona photographer, Randy Efros. In his thirty-five years as a photographer, Efros captured his vision on film and created prints for these portfolios in his studio darkroom.

Ryan Gallery presents four portfolios, distilled from his collection of over fifteen portfolios, for this exhibition focusing attention on the value portfolios bring to collectors of contemporary photography. Visitors to this exhibition will experience Efros’ work, exquisitely printed in black and white gelatin silver and platinum/palladium, presented framed on the gallery walls and viewable in complete portfolio sets, transforming the experience of individual work compared to its impact as a whole.

Join us for a special Artist Talk evening with Efros to learn more about his background, creative vision, and his portfolios. Collectors of photography will find this informal talk delivers an insight to the value of collecting portfolio sets and individual prints. 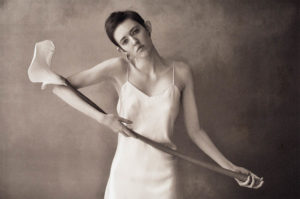 Michael T. Puff uses modern digital image capture with the extremely permanent and hand-crafted platinum and palladium printing process, merging the contemporary with the historical to produce unique and captivating images. The time-staking printing process he uses, which incorporates platinum and palladium metals into the chemistry, allows for a unique image with a beautiful color and tonal range.

Puff’s love for the theater is evident in much of his work, as he photographs on stage-like sets, often using dancers and actors as models, with images that could function as small moments from a larger narrative. A surreal theme runs through much of his work, as he uses his strong digital editing skills to manipulate scale and mood creating complex otherworldly images.

On view now through October 22, 2016 are various works from Ryan Gallery artists. 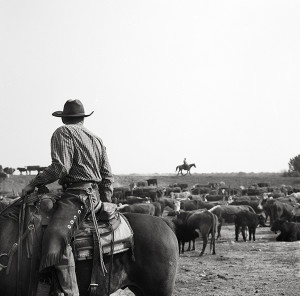 Gathering the Remnants is an exhibition of new work by Scott T. Baxter from never before seen images from the 100 Years 100 Ranchers project, commemorating Arizona’s centennial anniversary. This Ryan Gallery exhibition of Baxter’s fine art gelatin prints presents the lives of ranchers and cowboys working on Arizona ranches that have been operating in the state for over 100 years. This unique work depicts a different and special point of view, which has not been shown before, of the people and ranches Baxter photographed during his twelve-year project working with ranching families in Arizona. This exhibition is a PhotoTapas event.

Ryuijie: Off the West Coast

Ryan gallery presents the Arizona premiere exhibition of platinum prints from the P2 and Kanchi works by California Central Coast photographer Ryuijie from October 17, 2015 through January 16, 2016.

A platinum print is an exceptionally beautiful and everlasting image presented through a wide range of subtle tones. The creation of a contemporary platinum print, whether from a film or digital camera, remains an intimate, handcrafted process. 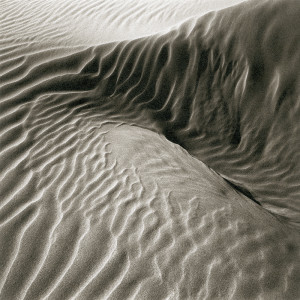 As an introduction to the community, on Friday, October 30, Ryuijie will give a free lecture, open to the public in Ryan Gallery, and he will be on hand for the opening reception after the lecture.

In the Photography Arts Lab at Art Intersection, Ryuijie will lead a platinum-printing workshop on Saturday, October 31. Participants will learn about his process, and use the time to create their own platinum/palladium prints.