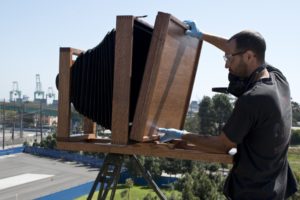 David is gaining national and international attention as an artist, whose current practice engages historical media. His work has been exhibited throughout the United States and abroad, including established institutions such as the SOHO Photo Gallery in New York City and The Studio in London, England. David was selected for the prestigious Lens Culture International Exposure Award 2011 and most recently, was awarded the Freestyle Crystal Apple Award for Outstanding Achievement in Black and White Photography.