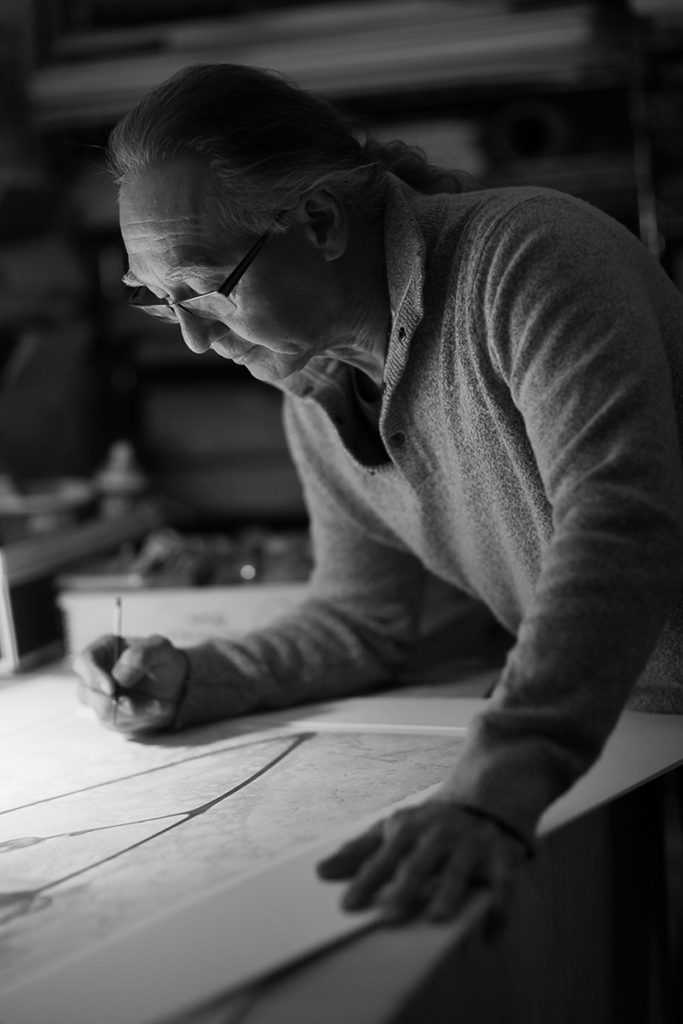 Ryuijie’s otherworldly photographs often transcend reality. He photographs underwater with film during his free-diving excursions off the West Coasts of California and Mexico primarily. It is in this solitude that he transforms this underwater world into imagery uniquely its own, a stark contrast to popular high definition, brightly-colored diving images often presented elsewhere.

On land, Ryuijie uses medium format film and his Rollei camera to make delicate square images of the sweeping oceanscapes and sands of the West Coast and Southwestern United States.

In printing his work, Ryuijie utilizes the unmatched beauty of the 1800’s printing process Platinum and Palladium, by coating each sheet of paper by hand and exposing images in the sunlight, creating one-of-a-kind hand-made prints.

Ryuijie was born in Otaru, Japan in 1950. As a young man serving in the military, stationed in Guam, Ryuijie developed a passion for underwater photography while pursuing his long time interest in scuba diving. After his tour, he returned to the Monterey Peninsula where he attended college, began a successful career in lithography, and soon was compelled to the practicing of fine art black and white photography.

Ryuijie has steadfastly pursued his own photographic vision for over thirty years, and has acquired a reputation for his exquisite Platinum and Palladium prints, in addition to his traditional black and white work. An exceptionally prolific artist, Ryuijie’s career has been highlighted by a multitude of exhibitions and publications worldwide, and his work is included in such institutions as the Monterey Museum of Art, the Getty in Los Angeles, and the Center for Creative Photography in Tucson, Arizona.