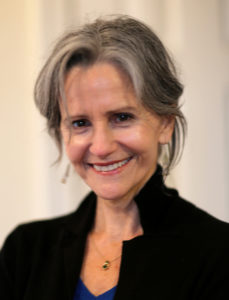 An exhibiting photographer for over 35 years, Diana has received numerous awards for her images, including five Regional Artist Grants from the United Arts Council of Raleigh, NC, most recently for 2015-16.

Specializing in 19th-century printing techniques, Diana’s images have been included in a number of books, including Robert Hirsch’s Exploring Color Photography Fifth Edition: From Film to Pixels (2011), in Christopher James’ The Book of Alternative Photographic Processes (2015), and, most recently, in Christina Z. Anderson’s Gum Printing:  A Step-by-Step Manual, Highlighting Artists and their Creative Practice (2017), to list a few.

A native North Carolinian, Diana currently lives and works in Raleigh, NC, where she received her MA in English Literature and Creative Writing from North Carolina State University. She teaches workshops throughout the country, including at the amazing Art Intersection, and in her beautiful backyard studio. Diana is represented by Panopticon Gallery, located in Boston, MA.

Process Statement
My work centers on the intersection of the past and my memories of that past. Memories, fugitive and ever shifting, remain ephemeral. Photographs offer tangible, fixed reminders of what once was, either experienced or reinvented. Both share the one constant of interpretation. And the interpretive nature of both memory and imagery lends itself to a kind of non-linear, dreamlike narrative. That’s the form my work follows.

To help create these images, I often print in 19th-century hand-applied printing processes. The multiple layerings of the gum bichromate process, in particular, offer infinite creative possibilities, removing all the hard and clearly defined edges, resulting in softness and ambiguity – much like the way see and remember.